yoscott. Also: these people need to hire a specialized employee called a "newswriter."

A family van catches on fire after hitting a flying hog.

Only charred remains is all that's left of the van. Lisa Hancock says she was driving back home from church Tuesday night with her husband and son, when a 500 pound hog crossed the road in front of them on Route 21 in Wythe County.

Another car, driving in the opposite direction hit the hog first, sending the animal flying on top of the hood of the mini van.

Lisa says the flames began to spark out of the hood after the impact, that when she and her family got out. The driver of the other car wasn't hurt, both cars were totaled.

The person responsible for the damage is the farmer who owns the hog, the farm is down the road from where the accident happened.

Our own local nuke disaster! Two cheers for Rocketdyne.

An odd thing about Rocketdyne. There was an incident at that same Simi plant in the 1980s where they had some bad rocket fuel chemicals they had to get rid of. To avoid the complicated and expensive right way of doing things, they sent a couple of guys out on the range to burn the toxic rocket goop. Instead it blew up and killed both of them. One of them shared my (very rare) last name and is therefore almost certain to be my relative.

Another odd thing about this story: The Rocketdyne plant and the nuclear accident were both up in Santa Susana, which is where Charlie Manson lived. Hmm.

Study Says Lab Meltdown Caused Cancer
Scientists say details about the 1959 accident near Simi Valley continue to be withheld. Other contamination at the site is much clearer.
By Amanda Covarrubias
Times Staff Writer

Radioactive emissions from a 1959 nuclear accident at a research lab near Simi Valley appear to have been much greater than previously suspected and could have resulted in hundreds of cancers in surrounding communities, according to a study released Thursday.

If his website does not lie, then Stuart Pearson/

changeng is going to be at Diedrich 17th Street (old) tomorrow night.

Hope to see some of you there.

I'VE BEEN DOING THIS THING FOR FIVE YEARS NOW

They start their going out of business sales tomorrow:

Flickr search for "Halloween" + your birth year. Mine, which is Halloween 1964, results in this wonderful picture: 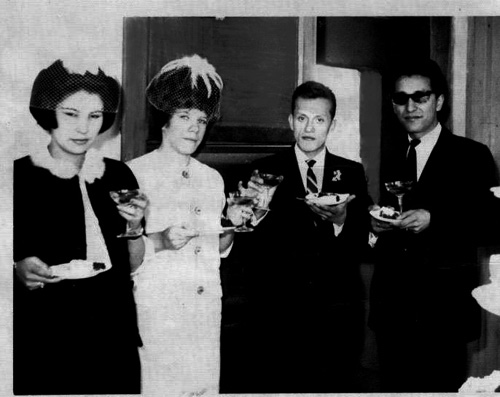 Open to: All, detailed results viewable to: All. Participants: 51

Is the President doing enough to protect us from the Manimals?

What could he do to better guard us from the Manimals?