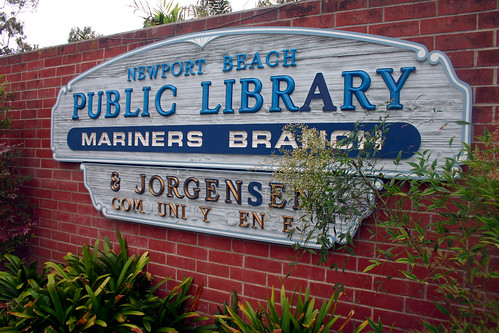 They closed my childhood library and opened a newer, bigger one next door.

I haven't been to the new one yet. Apparently they didn't buy any new books but there are laptops and iPods and expansive expanses of formica. The library is now to be run like a business by business-like people, and multimedia is the future. 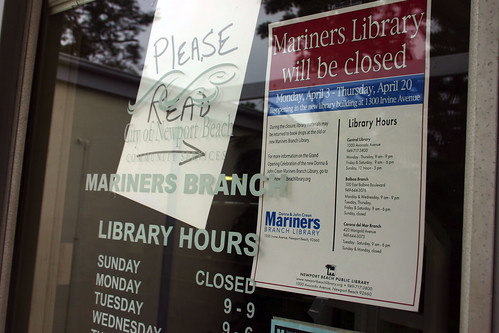 I was well-educated in our local public schools and by my parents, but the real autodidactic core of my learning happened at this local branch library. I first read through the children's section, checking out as many books as I could carry each time. Classic children's fiction, books about cars and guns and planes, biographies, history books, science, the whole damn thing probably except for the girly books and the sports stuff. I have a vivid mental image of the children's librarian, a very large redheaded woman with impossibly big arrms covered in freckles.

I then moved to the adult section and chewed on it for a decade. When I got interested in a subject (history of architecture! the invention of the atomic bomb! Wales!) I went through the Dewey Decimal number for that and related interests and read every book that was not obviously stupid. I haunted the new books shelf for anything I knew was coming. I read all of the science fiction, all of the nonfiction on any subject that interested me, and a good two-thirds of the fiction. I went through the records and found peculiar worlds and visited them: who is this Warren Zevon? What does Blue Öyster Cult sound like? Why would someone switch on Bach? 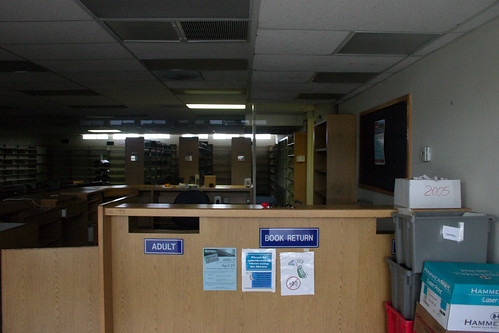 The library employees all knew me, and they were my friends. I'd go back and forth in that checkout, sometimes more than once in a day. The paper library card with the little metal number stamp in it went CLUNK! as each book was checked out, and they said "Now remember to read them all!"

The park outside the library contained my first ever school, a play group for pre preschool kids. It was the site of countless family picnic lunches, a thousand ball games, the annual 4th of July Bike Parade, and later on for long reading stretches after school and before I went home to deal with being a teenager. 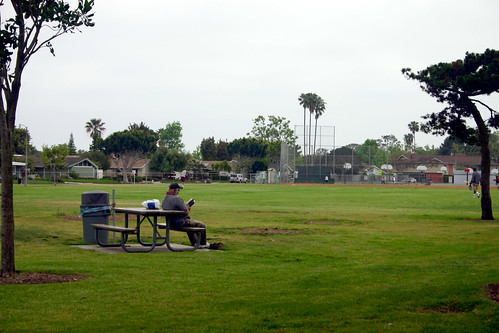 I left and moved to Los Angeles for a decade. When I came back I had got out of the library habit, which still bothers. Mariners Branch was part of my past by then anyway. It was a small place with a small collection, and I'd read most of it. I'm sad to see it gone, though. When I left that place and went out into the world, I was as prepared as books can make a boy. 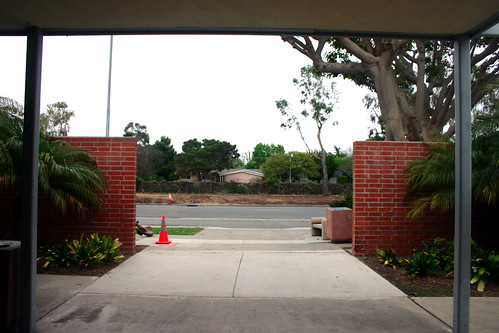 I have discovered that is possible to get Sympathy Burnout about one's own problems.

In a related discovery, I've again noticed that what's important is eating, shitting, and sleeping. Other things may temporarily seem more important but this is entirely illusory.

In a related related discovery, it is bliss to be ignorant and folly to be wise. If you know about something, it's because it's broken. Do you really want to know about your duodenum, the intricacies of microvolt-level electricity in the human brain, the idle air control valve in your 2002 Honda, the connections between the strong dollar and the perceived threat of a nuclear Iran? No, but you do, because you're barfing bile, your emotional responses are unreasonable because the EEG is fucked, the Honda guy says it'll be $280, and your country is about to go to war over currency trading.

This place where I live is the victim of premature optimization. It's like someone said in 1975 or so "okay, we got this down, CRANK IT UP ALL THE WAY" and ever since then it's been increasing wealth, increasing engine displacement, increasing solipsism, increasing illiteracy, increasing beauty, increasing greed. They forgot to check what they were optimizing before they hit the button.

cataptromancer has posted an improved version of the earlier Latin translation of Vanilla Ice. Please go read it now.

The talk page isn't quite what it could be. I was hoping for a real dust-up between self-diagnosed "nice guys" and the women who hate them, but it's pretty tame.

At least the first few words are correct: "folk psychology" about covers it.